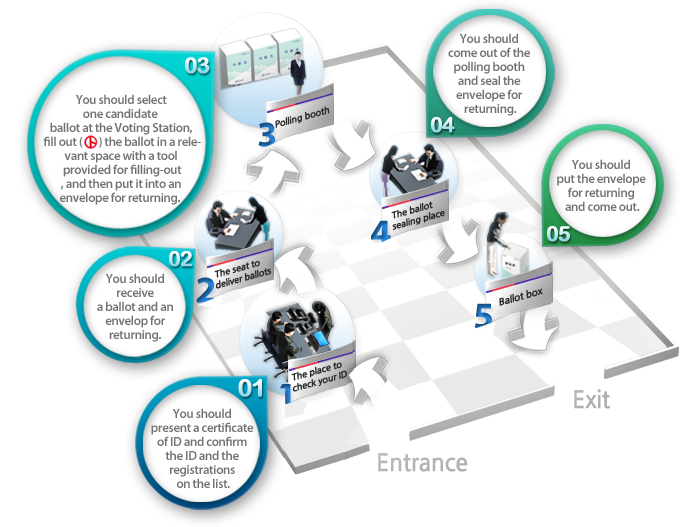 From 8 am to 5 pm (The overseas voting period and hours are based on Korean time).

When ballots are prepared and distributed at overseas polling stations
Present your ID.
※ ID: A picture ID or passport, resident registration card, public official ID card, or driver’s license issued by a Korean government agency and/or public organization to identify the voter, or an ID card and/or certificate with photograph, name in full and date of birth issued by the government of the residing country to identify the voter.

Documents to confirm your nationality(for overseas voters registered by email)
Documents that can prove you did not acquire any other nationality and these are notified by the competent Overseas Returning Officer including a green card(Alien Registration Receipt Card), immigrant visa.
※ Voters have to show the documents at the polling station. If there is not a photo on it, voters have to present another photo ID

Select a candidate or one political party with a mark using the stamp provided and seal the return envelope with the ballot in it.